Bradford West Gwillimbury is a town in south-central Ontario, in the County of Simcoe in the Toronto Census Metropolitan Area[3] on the Holland River. West Gwillimbury takes its name from the family of Elizabeth Simcoe, née Gwillim.

The Holland River flows through the middle of the southernmost Holland Marsh polder and eventually flows out to Lake Simcoe. Geographically, the area is north of the Oak Ridges Moraine.

The current mayor of Bradford West Gwillimbury is Rob Keffer, who defeated the previous and two term mayor, Doug White, in the election of October 2014. The first mayor was Bill de Peuter, who was mayor of Bradford from 1986 to 1990.

The municipality has a mayor, a deputy mayor, and seven councillors. The administration is led by a town manager and has the following departments: clerks, building, planning, human resources, recreation, finance, engineering, facilities and parks, fire and IT. Council shared space with a courthouse at 57 Holland Street East.

Bradford West Gwillimbury and the neighbouring town of Innisfil share the South Simcoe Police Service. The town also incorporates the YNOT Bradford West Gwillimbury Youth Council, an assembly of teens, into its town discussions. The non-governmental group works to create social opportunities, including recreation facilities; enhance environmentalism; and create a political voice for the town’s youth. 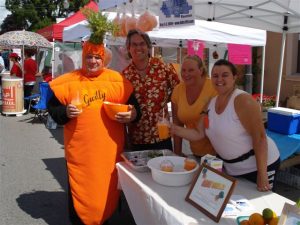